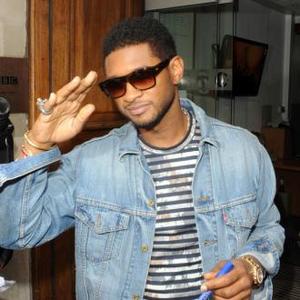 Usher's ex-wife Tameka Foster ''begged him to withdraw the petition'' for custody of their two children.

The mother of his two sons - Usher Raymond V, four, and Naviyd Ely Raymond, three - insisted that she did not initiate the current court battle that the pair are involved in.

She told TheGrio.com: ''I did not start this. I did not file this. Usher did. I begged him to withdraw the petition, but he didn't listen. The media jumped on my answer to his petition for custody as if I initiated it, and I did not.

''Why would I try to keep his children away from him? We have joint custody and I want to continue to have their father around to help out. Raising children is a lot of work.''

She also hit back at rumours that the pair are enemies, explaining that they do not hate each other.

Tameka answered: ''We're not. But people still find a way to make it more salacious than it has to be. I don't know how he deals with it, but I refuse to let the media manipulate what should be a personal situation and turn me into the villain.''