Foster Hits Back At Plagiarism Allegations 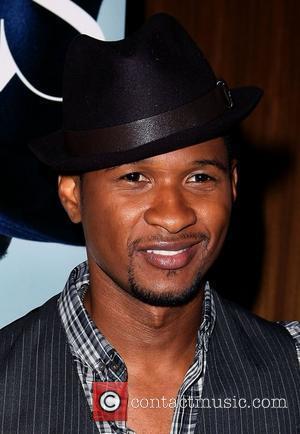 Usher's estranged wife Tameka Foster has brushed off a series of plagiarism accusations - after an author alleged the fashion stylist stole ideas from her book to write a recent online article.
Aisha Curry was outraged after reading Foster's essay She's Pretty for a Dark-Skinned Girl..., published on the Huffington Post website earlier this month (Aug09) - because it was remarkably similar to her own 2008 book, Pretty For a Black Girl.
Now she is furious the stylist is being celebrated for the article, about backhanded compliments that hinge upon ethnicity, when she was the first to point out the issue.
Curry tells BVBuzz.com, "My heart sank into my stomach. All the hard work, all the sleepless nights I had endured was playing back in my head as I read this article written by a woman I didn't even know...
"It was my work, my voice, but in her words. I was frozen. Tears began rolling down my face as I read line after line after line. I couldn't believe it. The idea that someone could gain notoriety from an issue that I first brought to the forefront is mindboggling. People were praising her for tackling an issue that had never been exposed. Hello? I wrote the book on it and started it years ago. The only difference between her article and my book is she used 'dark-skinned' and I used 'black.'"
Curry is refusing to press charges, admitting there is a slim possibility Foster came up with the concept herself, but adds: "I will say that it seemed like one heck of a coincidence and everything I touched on she did (too)."
But Foster, who is currently in the process of divorcing the R&B singer, is adamant she came up with the article on her own.
Her publicist tells BVBuzz.com, "Tameka has never even heard of the book you referenced nor does she believe you even deserve a response."