Review of Foolin' Around Single by Usher

Its' not a single yet, but it bloody should be. This is Usher at his smoothed out, heartfelt lyrical best. This is basically 'Burn Part 2'. It's the story of a man that can't stop cheating on his girl despite it killing him, like it's killer her. The break down on the track is straight outta Michael Jackson's league. You know it's gonna be the song that gets the lighters out and the girls singing at the top of their voice at the concerts. 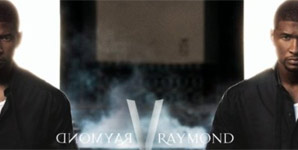 A hit in any language across the world if the label have the guts to release it. But the follow up to OMG in the UK will be a brand new cut called xxxxxxxx in that similar style to OMG.