Contactmusic caught up with Adonistar from Unklejam whilst at the O2 Wireless Festival.

Unklejam will be releasing their self-titled debut album 'Unklejam' later this year. Like the three very different individuals who make up Unklejam, it's loud, colourful and funky but thoughtful too, with instant pop hooks and a heart full of soul. Listen hard and you'll hear echoes of P-funk, the sweet sound of classic soul mixing with 80s electro-pop, all with an edge that's totally contemporary, immediately commercial, yet oddly hard to place. It doesn't sound like anything else around.

Tyson, Bobby and Adonistar are three guys who could hardly be more different yet who each grew up outside conventional society in different ways, travelling everywhere yet belonging nowhere fully. "That's what links us all together, because we were from such different places, we all had to somehow come up with our own individuality," explains Adonistar. "And that's why we fit so well." 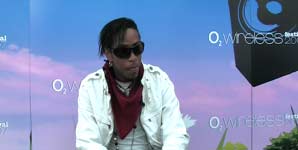 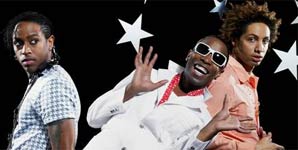