13 months after he replaced George Shelley, Union J's management have decided that Casey Johnson wasn't "right for the band".

British boyband Union J have dropped Casey Johnson from the group, just over a year after he was drafted in to replace former member George Shelley.

Union J, who were formed on the 2011 edition of ‘The X Factor’, had recruited Johnson back in March last year from another ‘X Factor’ graduate band, Stereo Kicks. However, thirteen months later, the group’s management has decided that Johnson isn’t “right for the band” and he and they have parted ways this week. 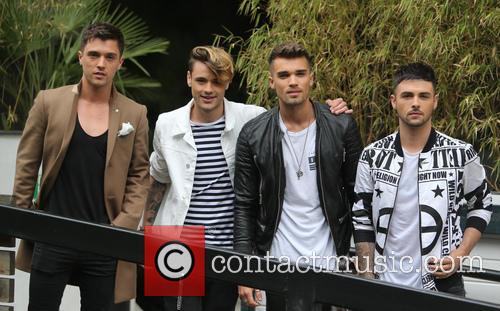 Giving a statement to Metro on Friday (April 28th), the boyband’s management team said: “We are sad to announce that Casey is leaving Union J, in order to pursue other opportunities. It’s been a great year, having him onboard, but being in a band is like any other relationship and sometimes it just doesn’t work out.”

“Casey is an incredibly lovely, talented guy and a great friend to the band, so please go support him as well in his next venture and we wish him all the very best for the future. It feels now that the best way forward is to carry on as we originally started out… as a three piece (Josh, Jaymi and JJ).”

More: Union J kicks George Shelley out of the band

The decision appears to have been made as a result of the group changing management at some point within the last year, with the new team deciding mutually with the group that Johnson was not the right fit.

A source told The Sun: “Management just didn’t think Casey was right for the band. They realised this over the past few months… it was felt he could never really replace George and the band would be better off as a trio.”

Shelley departed Union J in March last year in rather confusing circumstances, with the band themselves claiming that his “diva-like” behaviour was the cause, but the official line being that the ‘I’m A Celebrity…’ star wanted to focus on a broadcasting and acting career.

Union J have recently concluded a tour in which they debuted new music. However, they intend to spend 2017 moving in a different direction creatively.