Uma Thurman has been announced as the leading lady of the Jameson First Shot short film competition in 2014 and will star in the three winning films. 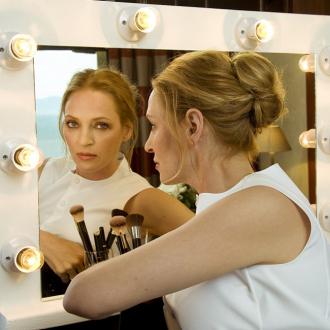 Uma Thurman will star in short films produced for the Jameson First Shot competition in 2014.

The 'Kill Bill' star will follow in the footsteps of fellow A-list actors Kevin Spacey and Willem Dafoe by starring in three short films created by budding filmmakers from the United States, Russia and South Africa.

The Jameson First Shot competition allows first-time directors to submit their ideas for short features, with three winners - one from each country - being selected to produce and direct their short in Hollywood in association with Trigger Street Productions.

Thurman said: ''What excites me about being involved with Jameson First Shot is that I love the idea of finding and discovering young talent - it's what makes the film business alive.

''I'm honoured to be a part of this extraordinary project and I can't wait to read the screenplays that are entered, and ultimately be the vehicle to help three talented filmmakers tell their stories to the world.''

Oscar-winning actor Spacey will serve as creative director for the competition, while Dana Brunetti - who will produce the eagerly anticipated 'Fifty Shades of Grey' movie - will also lend support through his Trigger Street Productions firm.

Spacey commented on the actress: ''She's remarkable and I'm thrilled Uma has said yes. Her work has always been unafraid and brave, so it doesn't surprise me that she's jumped with such commitment and enthusiasm into our short film project. I think it gives our filmmakers a very exciting opportunity to write for an actress of such range and skill. I look forward to seeing what the entrants come up with.''

For more information and to enter the competition visit www.jamesonfirstshot.com.