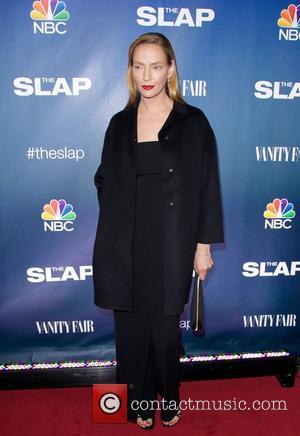 Picture: Uma Thurman - Shots of a variety if stars as they attend the New York Premiere party for 'The Slap' which was held at The...

Hollywood actress Uma Thurman has reunited with her ex-boyfriend ANDRE BALAZS nearly a decade after their split, according to a report.

The Kill Bill star began dating the hotelier in the aftermath of her divorce from fellow actor Ethan Hawke, but they parted ways in 2006 after two years together.

Thurman's on/off relationship with fiance Arpad Busson came to an end last year (14), and now she has reportedly revived her romance with Balazs, according to Britain's Mail on Sunday newspaper.