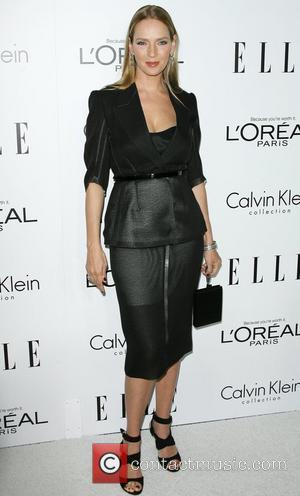 Celebrities are well known for giving their children kooky names, but Uma Thurman's baby with husband ARPAD BUSSON gets a whole week's worth of weirdness.

Thurman gave birth almost three months ago and has managed to keep her new baby away from too many prying eyes. Plus it's only now that she has released the name(s) of her little bundle of joy. Say hello to “Rosalind Arusha Arkadina Altalune Florence Thurman-Busson” otherwise known, to “family and friends as Luna,” according to ExtraTv.com.

While many of us spend time scoffing and scorning the ridiculous names celebrities give their unfortunate kids, the general public can be just as idiotic - especially in New Zealand it seems. Back in 2008 the BBC reported that a judge in NZ let a 9-year-old girl become the ward of the church so that she could change her name, which her parents wouldn't allow. Her name was 'Talula Does The Hula From Hawaii'. She was not from Hawaii. New Zealand has a history of having to ban certain names, such as Yeah Detroit; Stallion; Twisty Poi; Keenan Got Lucy; Sex Fruit; Fat Boy; Cinderella Beauty Blossom; Fish and Chips (twins) - understandably! However, a few equally crazy ones managed to slip through the net, including: Violence; Number 16 Bus Shelter; Midnight Chardonnay; Benson and Hedges (twins).

That's right, there's some poor child out there, approaching the age of puberty, called 'Number 16 Bus Route'. Well, as much as 7 names is a mouthful- all of which aren't exactly 'normal' but most of which are 'pretty' at the very least- we're sure little Luna will sleep happy, knowing that her parents didn't feel inclined to call her 'Violence'.