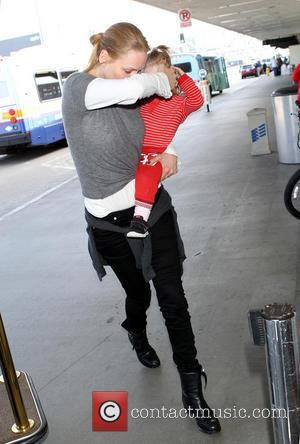 Actress Uma Thurman has called off her engagement to multi-millionaire ARPAD BUSSON, according to a U.K. report.

The Kill Bill star began dating the French financier in 2007 and the couple announced its engagement in 2008, but Thurman returned her engagement ring to Busson in 2009.

The couple, who have a daughter together, became engaged again in 2012 after reconciling, but sources tell Britain's Mail on Sunday newspaper they have split once again after Thurman was spotted without her engagement ring.

One source says, "Uma and Arki (Busson) were due to attend a gala together on April 8, but Uma showed up without her engagement ring or her fiance. Arki was scheduled to attend and it seemed clear there was only one reason why he didn't show - because he and Uma are no longer an item."

Another source tells the newspaper, "Uma lives in New York while Arki lives in London. He has been out and about without Uma since October when he went to a Halloween party alone. They have been at one or two events together, like Harvey Weinstein's pre-BAFTA party in February, but on that occasion they looked miserable."

A spokesperson for Busson was unavailable for comment while Thurman's representative declined to comment on the report.