Actress Uma Thurman Snapped At Reporters As She Left A Custody Hearing In New York City On Monday (10aug15), Insisting The Media Should "Respect People's Privacy". 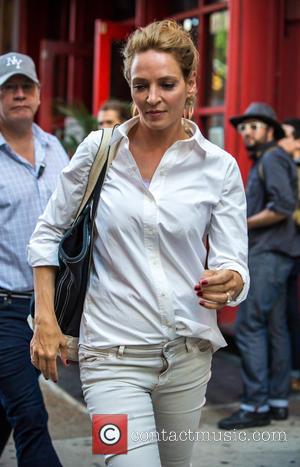 Picture: Uma Thurman - Uma Thurman leaving the set of the new movie 'The Brits are Coming,' in which she is working on together with Tim...

The Kill Bill star is in the midst of working out a custody deal with her former fiance, Arpad Busson, after he filed suit to gain regular access to their three-year-old daughter Rosalind, aka Luna, last year (14).

Thurman attended a private hearing at Manhattan Supreme Court on Monday, when she and her lawyers managed to reach a temporary agreement with multi-millionaire Busson, who was allowed to phone into the session from his base in London.

At the end of the meeting, Justice Matthew Cooper lavished praise on the ex-couple for doing what's best for their kid, stating, "I'm very pleased that we were able to resolve the immediate issue of parental access with the child and everybody has acted in a good, co-operative manner and certainly in a way where I'm struck by how concerned both sides were for the best interests of their daughter.

"I commend Ms. Thurman and I commend Mr. Busson for flexibility, for being able to accommodate one another, but most of all being able to take their daughter's needs first and foremost.

"The immediate issue before me has been resolved. We will meet again to work out an ultimate parenting plan."

Despite the settlement, Thurman appeared to be in a bad mood as she walked out of the closed hearing and lashed out at waiting reporters, suggesting they should be banned from the courthouse altogether.

According to the New York Post, she snarled, "The press doesn't belong in Family Court (sic). You should respect people's privacy. Thank you. Goodbye."

Thurman's assistant promptly apologised to journalists, defending her boss by insisting she was "very sensitive" about "personal matters" regarding her kids.

Little Luna is the 45-year-old star's third child - she is also mum to two teenagers with her ex-husband Ethan Hawke.

Thurman and Busson, who also has two sons with supermodel Elle MACpherson, broke off their engagement for a second time early last year (14). 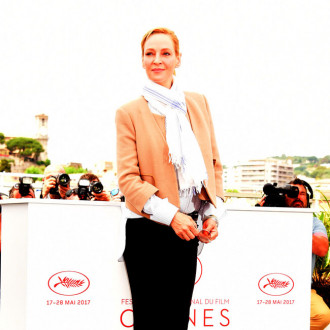