Uma Thurman is auctioning a private screening of Pulp Fiction, the cult classic from 1994. 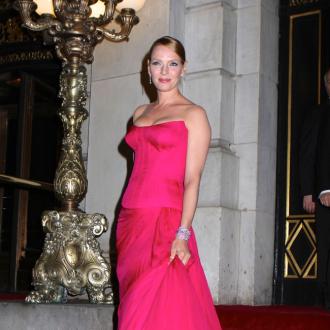 Uma Thurman is auctioning a private screening of 'Pulp Fiction'.

The 44-year-old actress plans to mark the 20th anniversary of the movie - which was directed by Quentin Tarantino and starred the likes of Samuel L. Jackson and John Travolta - by hosting a viewing for one lucky fan and 55 guests.

Uma, who is auctioning the screening to raise money for Room To Grow, which works to help babies born into poverty, said: ''Seeing 'Pulp Fiction' again after more than a decade ... I was amazed and reminded of just how eternal the film really is.

''I am so happy to share the film again, in a personal way, and to see the film do some real good for babies in need.''

The auction is being staged on CharityBuzz.com until 23 July, and the prize also includes cocktails and a Q and A session with the 'Kill Bill' actress.

Uma - who has been involved with Room To Grow for over a decade - has confirmed the lucky bidder much be available on 14 September, as that is when the screening will take place at NeueHouse in New York City.