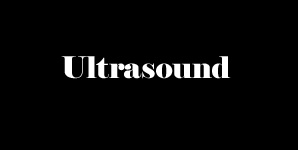 Having emerged at the tail end of the 1990s against a rising tide of Britpop influenced bands, Ultrasound were a unique kick up the backside. Combining thought provoking lyrics with progressive rock style soundscapes, their music felt like it had been flown in by time travel from a different zone entirely.

Initially based in Leeds, the five-piece of Andrew "Tiny" Wood (vocals), Richard Green (guitars), Vanessa Best (bass), Matt Jones (keyboards) and Andy Peace (drums) went onto record five singles and one remarkable album, all of which were critically acclaimed, before imploding within two years during the back end of 1999.

Having spent the past decade or so working in different projects around various parts of the British Isles, the band decided to reform last year at a benefit concert for The Cardiacs' Tim Smith. This prompted further shows throughout 2010 and the early part of this year, and with the promise of new recordings in the none too distant future, Contactmusic was bursting with excitement when the opportunity to speak with Wood, Green and Best came our way at this month's Camden Crawl event.

The last time you played the Camden Crawl was at the Forum in 1997. Will it seem strange returning in 2011?
Tiny: It's getting stranger by the moment because I remember it being really hot that day as well! I'm quite excited though, just to be playing with this band again to be honest.

Any expectations on how you'll be received by the audience here?
Tiny: I don't know really. I guess we'll just have to see how it goes.

What made you get back together as Ultrasound and were there any initial teething problems that had to be dealt with beforehand?
Tiny: The main reason we got back together was purely to do the benefit show for Tim Smith out of The Cardiacs, who was seriously ill. His people asked if we wanted to play, and it seemed like the perfect opportunity to get Ultrasound back together as The Cardiacs were the main reason why we formed this band in the first place. Once we all met up and played together again, it seemed quite natural, almost like we'd never been away for eleven years in the first place.

Do you wish in hindsight that the band had carried on, or would that not have been possible at the time?
Richard: I do sometimes then I think about the new song we've just recorded, and it all makes sense then. If we'd just kept on going, a song like that would never have happened.

You're all based in different parts of the country now and are involved in various other projects. How difficult was it to find the time to concentrate on Ultrasound again and rehearse for the live shows?
Tiny: We didn't have too many problems with that really. There's a lot of travelling involved but when we were active first time around we always toured a lot, so we manage.

Do you see Ultrasound as being your main musical project nowadays?
Tiny: To me, this is and always has been the most important part of my life. The fact we're writing new songs again makes it even more exciting.

It must be quite surreal in a way though that you're all quite reputable musicians in your own right now compared to when the band first started as relative unknowns. Do you feel as though your services are much more in demand now?
All: No!
Tiny: I think we're doing this despite!

Your original keyboard player Matt Jones is touring with Beady Eye at the minute. That's a bit of a stark contrast musically from Ultrasound!
Richard: I just hope he's having fun with it. I hear them on the radio and genuinely hope he's happy.
Vanessa: It's good for him that he's playing in a band that are earning money for a change too I guess!

Are there any songs from your back catalogue which you won't be revisiting?
Tiny: Time constraints mean we can't play everything. We've always worked in the same way to be honest in that the night before a show we tend to decide which songs we're going to leave out of the set. There are a couple of songs which we haven't rehearsed simply because we never played them live anyway.
Vanessa: There's one or two that maybe don't work so well live but we try to switch it around between every show.
Tiny: Ultrasound have always been about playing what we feel like at the time.

Looking back at 'Floodlit World' or any of your other recordings, is there anything you'd do differently if you had the chance to do so?
Richard: That's a difficult one really. I suppose you could say that if we knew as much then as we do now we'd probably do everything differently. To me, those records stand the test of time. That's how we were and that's what we did. A record is a representation of a moment in time.

Do you feel that Ultrasound are a classic example of a band who were in the right place at the wrong time, certainly in terms of the way experimental music has crossed over towards the mainstream since?
Richard: I think we'll always be out of time. We always feel the need to go against what is happening at any given time!

It's interesting you say that. The first time I saw Ultrasound was when you were playing with Placebo on the 'Without You I'm Nothing' tour, and it seemed to divide the audience between those that loved your band and those that didn't get it at all.
Richard: Placebo had a really hardcore following that just liked Placebo and nothing else. I remember us playing at Glasgow Barrowlands and there were all these little Goth girls at the front flicking fags at us! I think Vanessa punched a few girls in the face on that tour.
Vanessa: Don't get me involved!

You must have seen many changes within the music industry and how it works between then and now?
Richard: For me, the big problem is it doesn't change. It probably does on the surface but beneath its still stuck in the 1950s. Bands come and bands go.
Vanessa: There's people connected with music, and that's the core thing. The industry around it changes. The way it's sold and marketed changes, but actually for the listener a song still represents the same feeling, like the memory of a great holiday or the break up of a relationship, that memory stays.

The Internet has made a big difference for bands in terms of getting their music heard by a wider audience, even if the sifting process in terms of quality control is a lot harder.
Richard: It doesn't all go through the same channels any more. There are thousands of different outlets all over the place.
Vanessa: What we forget though is that we're now the old people. Kids are born to do that now, so they're actually processing and managing a broad range of input at all times, so they can listen to music with an earphone in one ear while chatting to their friends over there, so they're quite discerning. What they're also good at now is choosing. We aren't good at choosing because we only had one choice, seven-inch vinyl, and you put it on your record player and that's it. Kids nowadays have so many choices so it's essential they're skilled at choosing.

I guess that can be applied to buying records before the Internet became a widespread phenomenon. It was very hit and miss back then.
Richard: Yeah but I tended to buy stuff that I wouldn't normally have bought, if that makes sense? I only bought the first Pixies album because it was next to Pink Floyd in the vinyl section of my local record shop, otherwise I probably wouldn't have given it a second look.

The Leeds music scene has come on in leaps and bounds since you were first active in the mid-to-late 1990s. Did you feel it always had potential to become quite vibrant even back then?
Richard: I don't know what to say about Leeds to be honest. I lived there for years and nothing ever seemed to happen. There's always been loads of bands around but none of them ever seemed to go anywhere. I always sensed a feeling of apathy within the city, even as recently as a couple of years ago. I mean, a couple of bands broke out like The Kaiser Chiefs and The Pigeon Detectives, but to me there's never really been that much of a scene in Leeds. It's just a collection of bands placed on random bills with no focus. The reason why people from outside Leeds think there's a big scene is because there are ten times more bands than when we were based there, nothing more.

Why do you think the media have focussed so much on the city for the past part of a decade if that's the case?
Richard: Purely because a couple of bands made it big. The Kaiser Chiefs for example are very Leeds, in that they're forever talking about the city, and I think that in itself attracts attention.

You've been playing a couple of new songs in your live set since reforming. Are there any plans to release any new material in the foreseeable future?
Tiny: We've recorded two songs for a potential single.
Vanessa: I've just had a text off our producer saying, "Mix 3 of 'Welfare State' has just arrived in the Dropbox" so I'm gonna have a listen to that once we're finished here.

What about record label interest?
Tiny: We're still looking into that.
Vanessa: We've had offers but nobody's committed to anything. We just want to get it finished really, and then we'll go to people with the recordings and hopefully see things develop from there. We can't really do a lot until it's finished, and then there's the artwork as well, which we'd like to organise ourselves too. It's the whole thing for us, not just about the music.

Will there be a full tour to coincide?
Tiny: I'd like to think so yeah, based around where we are and what else we're doing at the time.

Finally, what advice would you give to new bands that are just starting out?
Vanessa: Make sure you have something of value to say, don't just make a noise for the sake of it.
Richard: I'd like some advice myself!
Vanessa: I think bands should be making music they absolutely love rather than what they think they should be making. If it's any good it drives itself. If you're purely making music to secure a record deal it's never going to work.
Richard: Go further, push everything as far as you possibly can.
Vanessa: Don't try and please other people. The worst bands are those that try and write music for other people to hear. Be true to yourselves.