British singer Paul Rose claims that Bono and co. stole elements of his song 'Nae Slappin' for their 1991 chart topper.

A British singer-songwriter has slapped rock giants U2 with a plagiarism lawsuit over their classic track ‘The Fly’, claiming the band used elements of his own song.

In a court case filed in Manhattan federal court on Monday (February 27th), singer Paul Rose contended that U2 used prominent elements of his song ‘Nae Slappin’ for their 1991 track ‘The Fly’, the lead single from their album Achtung Baby and which was a UK chart topper in October that year, according to a report by Billboard and the New York Post.

Rose alleges that the band heard his demo tape after they signed to Island Records in 1989, the same year that he reached out to make contact with Island executives in the hope of getting signed. 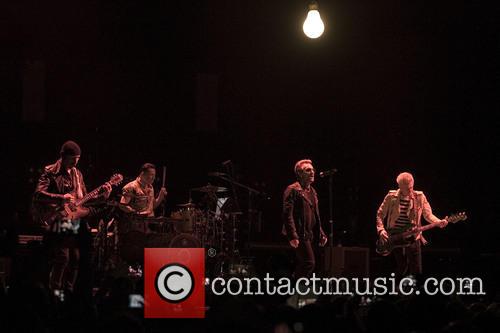 As a result, Rose is seeking to gain a songwriting credit for ‘The Fly’ as well as $5 million in damages and legal fees.

As of the time of writing, neither Island Records nor U2 have made any official comment regarding the lawsuit.

Meanwhile, U2 are gearing up for tours of Europe and North America in 2017 to celebrate the 30th anniversary of their classic 1987 album The Joshua Tree, with prestigious support in the shape of Noel Gallagher.

Willie Williams, who has for a long time designed live sets for U2, said that details of the live show were still in the process of being determined in a new interview with Rolling Stone.

“We’re aware the album is only an hour long and the show needs to be longer than that, so how do you place it in the show? How do you make it work? Do you play it continuously? Do you disperse it with other works? All those things are still being decided, really, to be honest.”

More: U2 delayed the release of new album ‘Songs of Experience’ because of Donald Trump’s election