U2 Set For Weeklong Residency On Jimmy Fallon's 'Tonight Show'

The ionic Irish band will perform tracks form their new album 'Songs of Innocence' for five straight nights on the NBC talk show.

In the midst of Metallica being booked to perform for five straight nights on the last week of 'The Late Late Show With Craig Fuerguson,' it seems another late night talk show has caught the music bug as Jimmy Fallon's 'Tonight Show' has acquired U2 to perform with his house band, The Roots, for a full week. 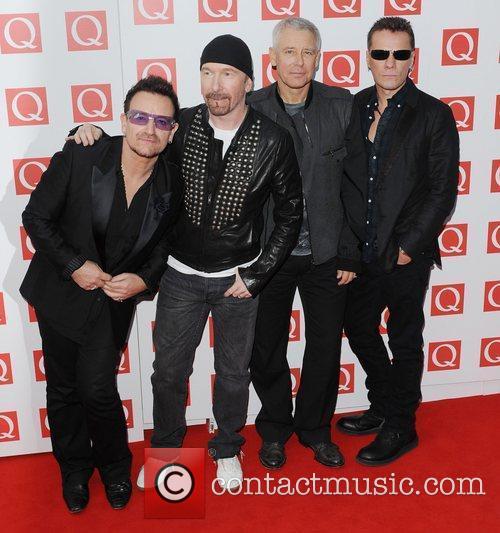 On Monday night's (Nov 3rd) episode of the 'Tonight Show,' Fallon told viewers that "U2 are coming back Monday, November 17, for an entire week." It is worth noting that the Irish rock band and Metallica will be performing on the exact same days for the entire week, luckily Fallon and Ferguson are aired on different time slots.

More: Bono Reveals Why He Always Wears Sunglasses: "I Have Glaucoma"

U2 made a memorable appearance on the Feb. 17 debut of 'The Tonight Show Starring Jimmy Fallon,' by performing their single 'Invisible' on the rooftop of 30 Rockefeller Plaza in New York.

When sitting down with Fallon, the band discussed the process of making their then-unreleased new album. "We're in the studio still. We really want the songs to be right," The Edge told the host, further elaborating that the tracks will depict "the period of music, in our lives and history, when we really came into being, turned on by music, the seeds that made us want to be in a band."

Seven months later, and U2 will obviously play several hits from 'Songs of Innocence' in their weeklong residency on the 'Tonight Show,' starting November 17th.