The 54 year-old singer underwent five hours of surgery to repair multiple fractures in his arm and face after crashing his bicycle in New York's Central Park.

Earlier this week it was reported that U2 were forced to cancel their weeklong residency on Jimmy Fallon's 'Tonight Show' with his house band, The Roots, scheduled to start November 17th, after Bono sustained an arm injury whilst cycling in New York's Central Park. 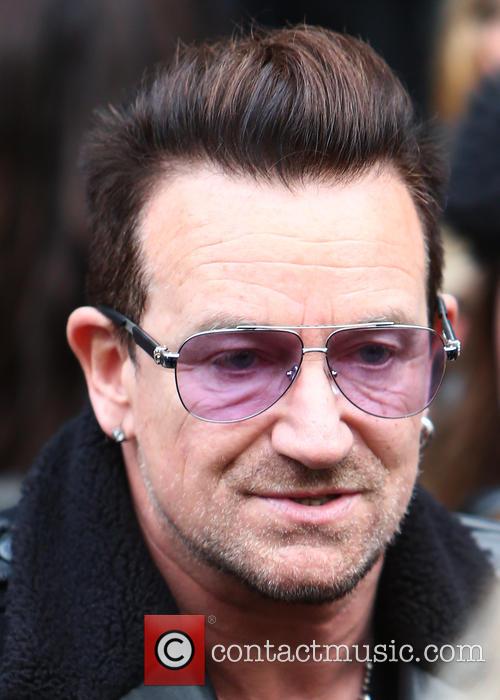 As details of his injuries surface, it turns out the Irish singer was severely hurt following his crash, breaking several bones including a facial fracture in his left eye socket, three different fractures in his left shoulder blade and a fracture in the left upper arm, which shattered in six different places and even broke through the skin.

According to Rolling Stone, Bono crashed in what doctors referred to as a "high energy bicycle accident." Shortly after, he was rushed to New York-Presbyterian/Weill Cornell Medical Center's Emergency Department and had "multiple X-rays and CAT scans," before undergoing five hours of surgery.

Orthopaedic trauma surgeon Dean Lorich, MD, told the publication that Bono's "elbow was washed out and debrided, a nerve trapped in the break was moved and the bone was repaired with three metal plates and 18 screws."

On Monday (Nov 17th), the 54 year-old singer underwent a second surgery to repair a fractured pinky finger, and now doctors say he will "require intensive and progressive therapy," but is expected to make a full recovery.

No news on whether U2 will reschedule their residency on the 'Tonight Show' has been released, but on the day of the crash, The Edge, Adam Clayton and Larry Mullen Jr. released a statement that read:

More: Bono Reveals Why He Always Wears Sunglasses: "I Have Glaucoma"

"It looks like we will have to do our Tonight Show residency another time - we're one man down. Bono has injured his arm in a cycling spill in Central Park and requires some surgery to repair it. We're sure he'll make a full recovery soon, so we'll be back! Much thanks to Jimmy Fallon and everyone at the show for their understanding."