A love song for one of their favourite US cities.

At a time of political turmoil, U2 are focusing on the positives aspects of America with a love song to New York City. Their new video for their new album's first single 'You're The Best Thing About Me' explores the great city in all its glory. 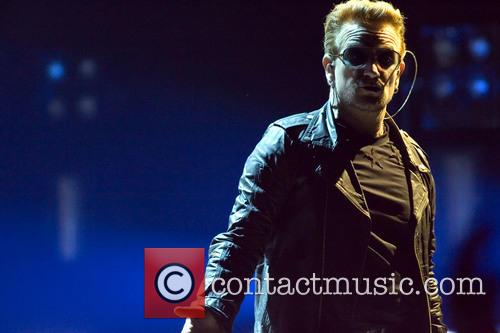 U2 performing live in the UK

Directed by Jonas Åkerlund, the video is an ode to the Statue of Liberty as well as New York City itself, featuring a montage of footage of the busy streets and must-visit venues including Ray's Pizza, and their own sightseeing tour in Times Square on a double-decker bus. It flicks between colour and black and white and also sees U2 performing on the roof of a high-rise building against the stunning city skyline backdrop at night.

The song is taken from the band's forthcoming fourteenth studio album 'Songs of Experience'; the follow up to 2014's 'Songs of Innocence' which both play on the name of William Blake's collection of poems 'Songs of Innocence and of Experience'. Produced by Jacknife Lee, Steve Lillywhite and Ryan Tedder, the song was only completed a week before its release and Bono allegedly wrote it after having a dream that he had wrecked his marriage to his wife Ali. It might sound silly, but when Eamon Dunphy told the frontman that Ali was the best thing about him he couldn't resist the temptation to write the tune.

The band are currently on their Joshua Tree Tour, celebrating the 30th anniversary of their 1987 album 'The Joshua Tree'. They'll be at Foro Sol in Mexico City next come October 3rd, and they are due to wrap their South American leg on October 25th at Sao Paulo's Morumbi Stadium. Noel Gallagher's High Flying Birds are on tour with them as the support band.

More: U2 drop the lead single for 'Songs of Experience'

'Songs of Experience' will be released on December 1st 2017 through Island Records.