The Irish band's frontman suffered an arm injury while cycling in New York, and requires surgery.

Irish rockers U2 were scheduled to perform on Jimmy Fallon's 'Tonight Show' with his house band, The Roots, for a full week, starting November 17th. However, they have been forced to cancel their residency after Bono sustained an injury with cycling in New York. 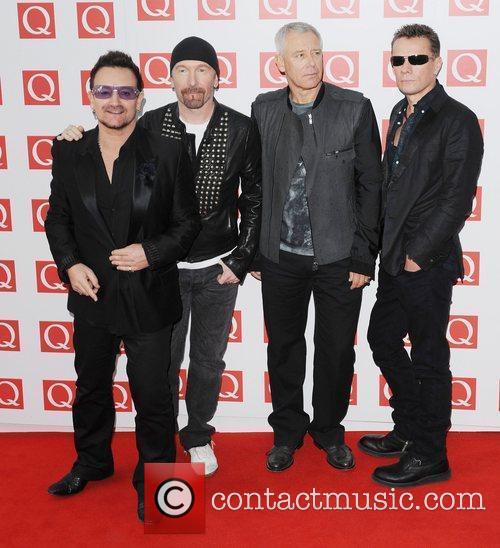 The announcement came from the band's remaining members The Edge, Adam Clayton and Larry Mullen Jr. via a post on their official website.

"It looks like we will have to do our Tonight Show residency another time - we're one man down," the statement read. "Bono has injured his arm in a cycling spill in Central Park and requires some surgery to repair it. We're sure he'll make a full recovery soon, so we'll be back! Much thanks to Jimmy Fallon and everyone at the show for their understanding."

The iconic band made a memorable appearance on the Feb. 17 debut of 'The Tonight Show Starring Jimmy Fallon,' by performing their single 'Invisible' on the rooftop of 30 Rockefeller Plaza in New York.

No further details on the 54 year-old singer's injury were released, and there is no news on whether U2 will reschedule their performances or who will replace them.

Bono is having bad luck as of late, this past Wednesday the rear-door of his private jet fell off while he and four friends were flying from Dublin to Germany. Fortunately, none of the crew or passengers were injured.