The singer completely lost his voice mid-show over the weekend.

U2 fans in Germany were left hearbroken when the band were forced to cut short their show over the weekend, when frontman Bono found himself suddenly struck down with vocal problems. He's since made a full recovery and announced a rescheduling of the show. 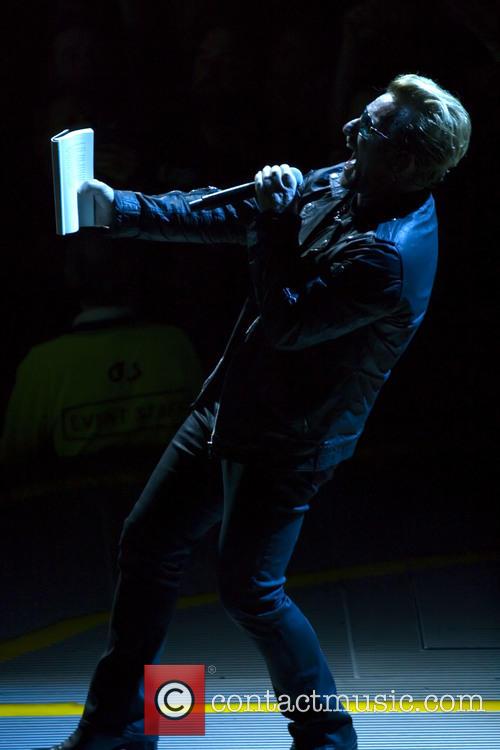 According to audience members at Berlin's Mercedes-Benz Arena on Saturday (September 1st 2018), he had been struggling through 'Beautiful Day' when he started to struggle hitting the right notes, despite having been singing perfectly fine beforehand. He actually wondered aloud whether the smoke machines were to blame for his croaky vocals.

'This is like  being in a giant cigar', he complained. 'I've lost my voice and I don't know what to do. I was singing like a bird about 10 minutes ago.'

He then went on to announce that the band would be ending their set early, apologising to the audience who even stuck around for a little while afterwards hoping that they would return after a short break.

'I'm so sorry', he said. 'I promise you before we left the dressing room I was ready to sing for you, so something's happened. I think we can't go on. It's not right for you.'

Later, the band released a statement insisting that Bono was 'in great form' ahead of the show and that they were 'taking medical advice' over his 'complete loss of voice'. It was their second night in the German capital, with no problems during the previous performance.

'I've seen a great doctor and with his care I'll be back to full voice for the rest of the tour', said Bono in a recent update. 'So happy and relieved that anything serious has been ruled out.'

More: Bono opens up about his near death experience

He added that the Mercedes-Benz Arena show would be rescheduled for November 13th. Meanwhile, U2 will perform again in Germany tomorrow (September 4th) and the following day, this time at Cologne's Lanxess Arena.