Don’t worry U2 wont just turn up at your door uninvited, the band are planning to play indoor arenas.

Despite the backlash over their ‘free’ album Songs of Innocence, U2 frontman Bono has confirmed the band plans to embark on a world tour next year. 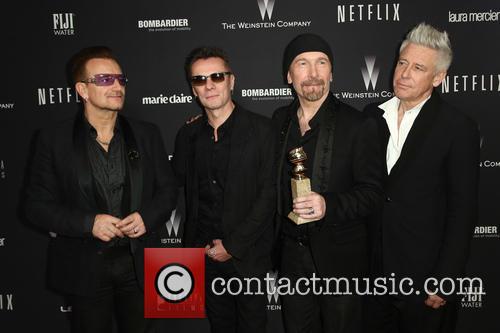 Speaking to Absolute Radio the 54 year old singer said, “It’s exciting. We’ll be coming your way and these songs are the songs that, I think, will play themselves.” Adding, “only if the songs are great can you bear leaving home. We all have families and mates, so you’re looking for eleven good reasons to leave home and I think we’ve got them.”

But this tour would be a much more scaled down affair compare to the band’s last outing, the 360 stadium tour which ran from 2009 to 2011, in support of the No Line on the Horizon album. The record breaking tour grossed $736 million in ticket sales and was highest-attended tour ever at the time with over 7.2 million tickets sold.

More: Want to Know How to Remove U2's 'Songs of Innocence' from iTunes?

Bono said this time around the band would be playing more indoor venues, "We're going try and play The O2 [in London] and places like that," he said. "More indoors than outdoors this time, but we'll see where it takes us."

Earlier this month Apple gave away 500 million copies of the band’s new album as a gift to Itunes users to coincide with the launch of the iPhone 6. However some were unhappy with the ‘gift’ which was automatically installed into users libraries. The outcry caused Apple to have to release a tool that would allow users to remove the album from their accounts along with a dedicated webpage providing step-by-step instructions.

However Bono has since said the stunt was meant to “stir things up and annoy people”. Previously the singer had referred to the record as “mindblowing” and “the most personal album” the group have written to date.

The band are also now said to be planning a follow album entitled Songs of Experience which could even be released before the next tour begins.