Movie Stud Tyrese Gibson Will Only Marry Again When He Finds A Woman Who Can Help Him With His Problems And Headaches. 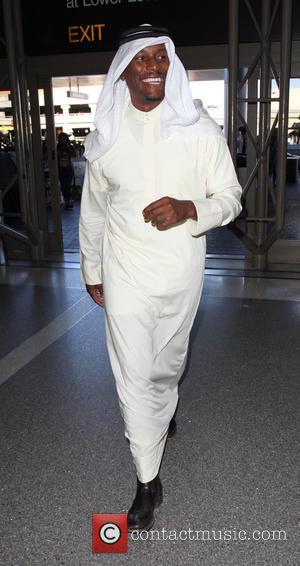 The Furious 7 star divorced his first wife, Norma Mitchell, in 2009, and he's determined not to rush into another marriage, because he's looking for a very special lady, with which to spend the rest of his life.

"My wife has to be class, sophistication, educated, smart; she has to have so much grace about her that when she walks in a room it's almost like her feet are not touching the ground," Tyrese told Access Hollywood Live.

"A lot of men get so caught up in the external... The reason I'm gonna know that I'm meeting my wife is because... the initial attraction is gonna be there of course, when we meet eyes (sic), but then it's the conversation that's gonna really reveal who she is."

And the co-host of new talk show It's Not You, It's Men adds, "I'm a attracted to a woman with layers. What I'm looking for is when I'm broken, when I'm stressed, when I can't figure certain things out, will you, as a woman, know what to say and know how to rise to the occasion to help me to get through whatever it is I'm going through."

In a teaser for the new show, posted online, the former Run-DMC star opens up about becoming a born-again virgin before he wed his wife Justine 20 years ago.

He said, "I did not touch her and then on the day that I did touch her (son) Diggy Simmons was born... I look at it as God saying, 'Go and let the party continue'."