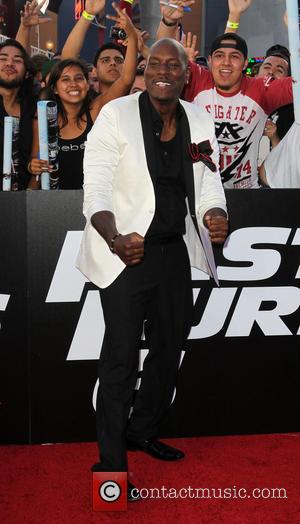 Singer and actor Tyrese Gibson is recovering after blacking during a nightclub performance in Washington, D.C. on Friday (23Aug13).

The R&B star was hospitalised after fainting onstage at The Park club during a set with his Tgt bandmates Ginuwine and Tank.

The singer has since posted a photo of himself in hospital, sporting an arm sling after injuring his shoulder in the fall.