Furious 7 Star Tyrese Gibson Has Revealed He Had To Turn Down A Leading Role In Hit Tv Drama Empire Due To Personal Issues, But He's Still Hoping To Reteam With His Baby Boy Co-star Taraji P. Henson In The Series. 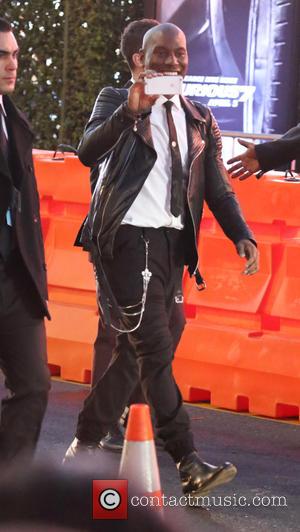 The actor/singer admits he was battling his ex for custody of their daughter when the offer came through and he opted to focus on his family over the TV show, in which Henson and Terrence Howard play a former couple battling over a music company.

He says, "I was supposed to do Empire and I was dealing with some personal stuff... so we'll just see what happens."

But he's convinced the fans will get him a role on director Lee Daniels' show - because they want him to be with Henson: "Me and Taraji started with Baby Boy, so it's almost like a beautiful fraternity... If you think of one of my favourite movies, The Notebook, it's almost like Rachel MCAdams and Ryan Gosling; the world just wants them to be together."

But, before that, Gibson will be striking up another onscreen double act with Oscar winner Jennifer Hudson in a new short film, titled Shame.

During an appearance on U.S. TV show The Talk on Monday (06Apr15), he said, "I'm a 1968 struggling soul singer, that's abusive and on drugs and Jennifer's my wife... I'm basically (Tina Turner's husband) Ike Turner.

"It's a musical short film that's 23 minutes long and I'm singing in it. It's a very uncomfortable piece."