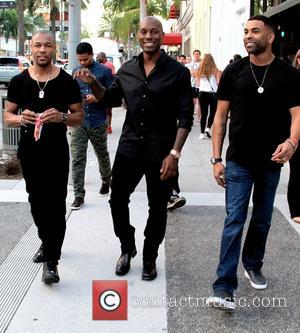 Cops were called out to a bust-up between singer/actor Tyrese Gibson and his ex-wife on Tuesday (11Feb14), according to a report.

Gibson headed to the home of his former partner Norma to collect their six-year-old daughter for a visit, but officers attended the property in North Hollywood, Los Angeles when the pair had a disagreement over access to the child.

Editors at Tmz.com report cops spoke to Gibson and he eventually left the home without his daughter, and police are not pursuing any action over the incident.