Tyra Banks has put her $7.75 million home on the market in Los Angeles. 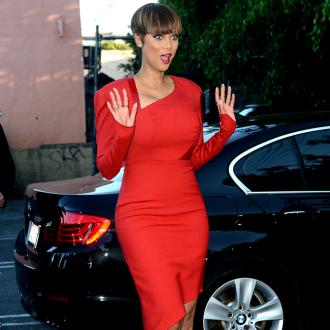 Tyra Banks has put her Beverly Hills mansion on the market for $7.75 million.

The 'America's Next Top Model' star's Spanish-style Los Angeles home - which was built in 1926 - has four bedrooms and measures 6,000 square feet, according to Sotheby's International Realty.

Tyra bought the home in 2004 for $3.085 million, and spent approximately $2 million renovating it.

The supermodel revealed she decided to sell after finding another property she loved in Malibu.

She told the Wall Street Journal: ''I was not looking for another home until I discovered a property in the Malibu hills through a friend. The decision to move was a difficult one.''

Earlier this year Tyra put her two-bedroom apartment in Nolita, New York, on the market for $3.8 million.

A spokesman for the star said: ''Tyra believes Nolita is one of the most fun, immersive, electric, trendy areas and loved living amongst the best new restaurants and shops.''

The TV presenter was said to have sold up because she hadn't been spending as much time as she would like in the abode due to her work commitments.