Tyra Banks has announced Disney's 2000 film 'Life-Size' has a sequel in the works but it is not yet clear if co-star Lindsay Lohan will also be returning to the project. 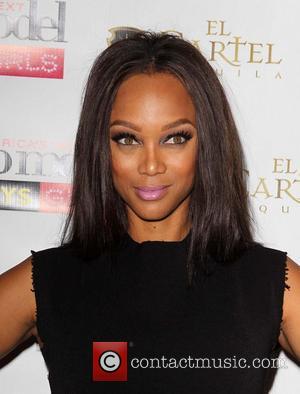 Former American model Tyra Banks starred in Disney's 'Life-Size' thirteen years ago and she recently announced that there is a sequel in the works.

The family fantasy film, which starred a young, and innocent, Lindsay Lohan, was originally made-for-TV but proved a hit with Disney Chanel viewers.

The tale follows 'Casey Stuart', a grieving young teen who is struggling to overcome her mother's death and attempts to bring her back to life with the help of a magic book.

Instead, the magic spell brings her Eve doll (Banks), which is similar to Barbie doll, to life in full-size human form.

Although the supermodel didn't reveal any crucial details about the upcoming sequel, she did talk to Digital Spy about the exciting news.

The 40 year-old wouldn't even divulge if her co-star, Lindsey Lohan, will return to the project.

"I can't [tell you anything] unfortunately," she stated, adding, "I'm under contract with Disney and I can't talk about it at all, except that it's coming. But it will be very different, very different. Very modern - a modern take."

It would be interesting to see what Lohan's, now 27, role would if she was returning, but a story depicting a life-size doll will most likely use new, young teen characters.

A fan asked Banks on twitter about the rumoured sequel along with a snapshot of the article, "Don't play games with my heart. I need answers. @tyrabanks is this real life?" The television show host replied, "Tis true, Love."

Another excited fan is 'Wrecking Ball' singer, and former Disney star, Miley Cyrus, as she tweeted the film's theme song.

"Shine bright. Shine far. Don't be shy. BE A STAR! Watching Life Size in honor of the sequel," Miley posted.

It isn't clear if Lohan will reprise her role