Tyra Banks has hinted she is trying for a baby as she is desperate to become a mother. 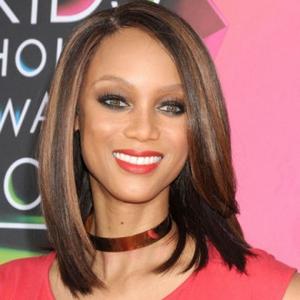 Tyra Banks has hinted she is trying for a baby.

The 37-year-old former supermodel - who is reportedly dating businessman John Utendahl - says she is keen to become a mother and wants children in the near future.

When asked by Piers if she was trying to get pregnant, the 'America's Next Top Model' host replied: "Yeah, maybe."

She also said she had no plans to marry before having a baby, explaining: "I don't think it's necessarily necessary."

As well as talking about her family plans, Tyra also revealed she would consider having plastic surgery if she felt she needed it.

When asked if she would have a little "nip and tuck if the time comes", she replied: "Most definitely, yeah."

However, she denied claims she had already gone under the surgeon's knife to have breast implants when she was in her 20s.

She said: "Everyone said I had breast implants and I don't blame you. On the cover of these magazines, I was very young, I was 23, 24, 25, and they were up there, like, 'Bam!' They pretty much looked fake. I'll admit that they did look fake, but they weren't. And my mom was like, 'They have no idea that you're just busty,' but cut to years later, they're still thinking that because I'm wearing these gorgeous push up bras."