Tyra Banks Donned A Disguise On Trip To Disneyland 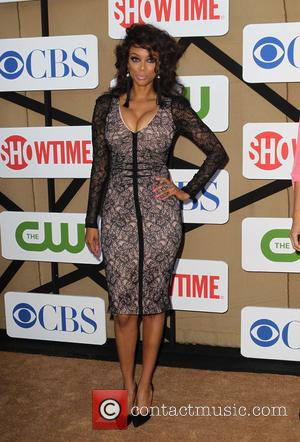 Supermodel Tyra Banks went unnoticed during a recent day out at Disneyland by disguising herself as an older woman.

The America's Next Top Model creator/host loves visiting the California theme park, but is often mobbed by fans there, so she went incognito by borrowing a grey wig and an outfit from her mother's closet for her latest trip.

Banks explains, "I went to Disneyland and I love going, I'm obsessed with Disney, I'm obsessed with Walt Disney the man, actually. I like to go, but I want to be with everybody and hang out and not just always have to go through the back door. So I put on a disguise. It was an older woman's thing. I put on one of my mum's wigs, because my mum likes to have grey in her wigs. So I took one of her wigs, I put on her old-fashioned glasses and then she has like these leopard, big shirts, I put that on and a broach, a broach is going to make you look old...

"I had a back story: 'Yeah, my husband invented those car seat covers that go on like the car seat covers, like the cab drivers have and I have so many leftover beads that, honey, I decided to make those things that go over doorways. I'm so happy, we (are) here from Detroit and I'm just so happy because I love Walt Disney.'"