Tyra Banks Announces The End Of 'America's Next Top Model'

After 22 series spanning 12 years, 'ANTM' will be coming to an end in December.

Tyra Banks has announced that her reality TV show ‘America’s Next Top Model’ will be ending after this season wraps.

The popular series, broadcast on The CW, has enjoyed a run of 12 years and 22 series, but the network confirmed on Wednesday (October 14th) that it will be coming to an end in December when the current cycle finishes.

Banks co-created the series along with Ken Mok and Kenya Barris, and has hosted it ever since it debuted back in May 2003 on UPN. The 41 year old took to Twitter to announce the news the same evening, writing “Thinking #ANTM22 should be our last cycle. I truly believe it’s time. May your pics be forever fierce. Keep on Smizing!” 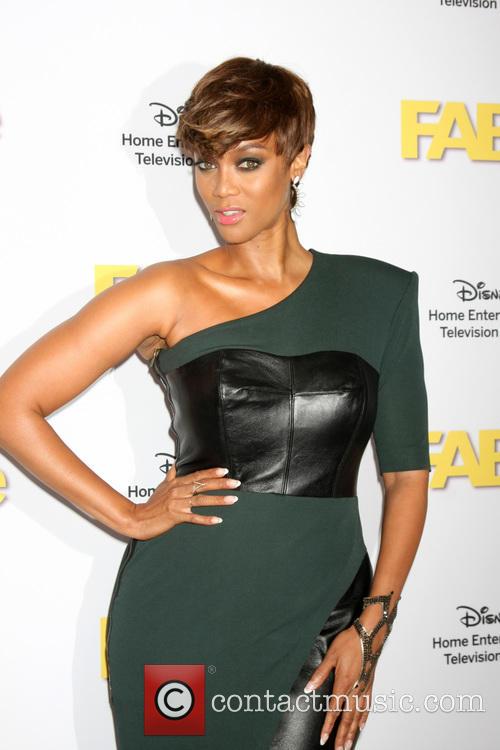 Tyra Banks has announced the end of 'America's Next Top Model'

During ‘America’s Next Top Model’s extensive run, Banks has also launched other TV projects, such as her own self-syndicated talk show ‘The Tyra Banks Show’, which ran from 2005 to 2010, and just last month she debuted the similarly-styled ‘FabLife’ on Disney/ABC.

However, from its early peak of 6.13 million viewers, ‘ANTM’ has been steadily declining in its share of the market, with last year’s 21st season averaging 1.56 million people tuning in. It currently airs on Friday nights, having been moved there from a midweek slot back in 2012.

The show has been responsible for launching the modelling careers of the likes of Analeigh Tipton, Adrianne Curry, Lisa D’Amato and Whitney Thompson.

CW network president Mark Pedowitz responded to Banks’ announcement in a statement, saying, “’America's Next Top Model’ was a successful franchise for two networks, first at UPN and then The CW, and it became not just a ratings hit, but a global pop culture phenomenon. I want to thank Tyra and Ken for all their years of success in establishing a show that was not just popular in the US, but all across the world.”

More: Tyra Banks confirms ‘Life-Size’ sequel, but no word on Lindsay Lohan returning to the project

Tyra Banks: My body is fuller and so is my mind