Tyra Banks' America's Next Top Model To End After 22 Seasons 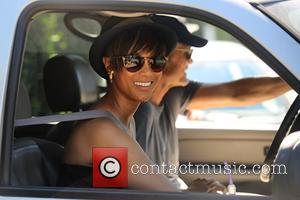 Bosses at America's CW network made the announcement on Wednesday (14Oct15), revealing the current run will be its last, with the series finale scheduled for 4 December (15).

Banks, who created and stars in the series, took to Instagram.com to confirm the news, insisting the cancellation was the right decision.

"I truly believe it's time," the supermodel wrote. "Our diehard fans know we've expanded the definition of beauty... I am SO proud of what Top Model has done. #ANTM brought the intimidating modeling world to the masses. We were the first reality show based in the fashion world. I never thought my little idea would have people everywhere thinking differently about how they take photos. And I never thought we'd do 22 cycles."

"YOU (viewers) made Top Model what it is," she continued. "We are a global force that has so many international versions around the world because of YOU! That's amazing and beyond anything that I ever dreamed.

"I set out to create a show where Perfect is Boring. So I hope you continue to love your freckles, your moles, your big forehead, your big eyes, your small eyes, your pointy chin, your tiny boobs, your full chest, your ivory or ebony skin (or every color in between) - the stuff about you that makes you well... you. And I hope you've learned a heck of a lot from watching. I have an inkling you have."

America's Next Top Model premiered in 2006, and throughout the years, has featured a panel of judges including models Janice DICkinson, Kimora Lee Simmons, Twiggy, Paulina Porizkova, and fashion moguls Andre Leon Talley and Kelly Cutrone.

The series is broadcast in over 170 countries around the world and launched the careers of models such as Adrianne Curry, Lisa D'Amato and Kim Stolz and actresses Analeigh Tipton, Eva Pigford and Yaya DaCosta.