Tyra Banks has revealed that the current season of 'America's Next Top Model' will be its last. 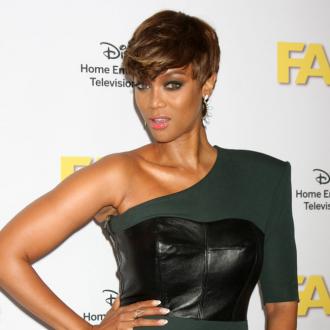 'America's Next Top Model' has been cancelled.

Tyra Banks has revealed that the current series of the model search show, season 22, will be its last.

Referencing how she communicates with contestants on 'ANTM', Tyra tweeted: ''Tyra mail. Thinking #ANTM22 should be our last cycle. I truly believe it's time. May your pics be forever fierce. Keep on smizing! Tyra (sic).''

This season's finale will air on December 4 and be the last ever episode of the reality TV show.

Tyra, 41, launched 'ANTM' in 2003 and has been joined by judges including Janice Dickinson, Twiggy and Nigel Barker during its run.

Model/reality TV star Adrianne Curry and actress Analeigh Tipton are among the stars who have found fame after first appearing as contestants.

The franchise has been adapted globally with Heidi Klum presenting Germany's version while Lisa Snowdon and Elle Macpherson have both helmed 'Britain's Next Top Model'.

Tyra, who has studied at Harvard Business School, is currently working on 'The FABLife' with Chrissy Teigen.

The co-hosts are joined by a panel of diverse lifestyle experts, which include Yahoo Style editor-in-chief Joe Zee, interior designer Lauren Makk and YouTube's Leah Ashley.