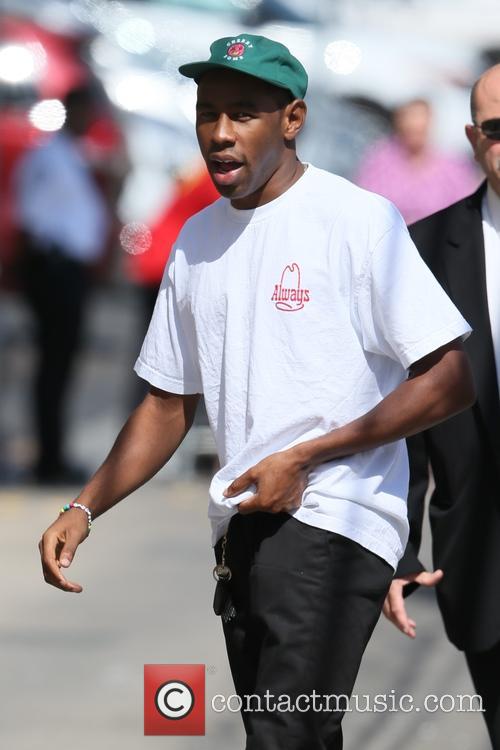 He had previously announced the cancellation of four performances, including in Belfast and Dublin, back on Monday (August 24th) without giving a reason as to why. The Home Office is yet to comment on why (or even if) the 24 year old is banned from entering the country.

More: Kendall Jenner parties with the V.I.P.s at Coachella, before being called out by Tyler, The Creator

However, Tyler’s manager Christian Clancy went into more detail about the alleged ban on his Tumblr page: “Tyler has been banned from entering the UK for somewhere between three to five years per a letter from the secretary of state for the home department of the United Kingdom.”

“The letter specifically cites lyrics he wrote six to seven years ago for his albums Bastard and Goblin - the type of lyrics he hasn't written since… Highlights from the letter include that his work encourages violence and intolerance of homosexuality and fosters hatred with views that seek to provoke others to terrorist acts.”

BASED ON LYRICS FROM 2009 I AM NOT ALLOWED IN THE UK FOR 3-5 YEARS ( although i was there 8 weeks ago) THAT IS WHY THE SHOWS WERE CANCELLED.

Rappers have been banned from the UK in the past, including Snoop Dogg and Busta Rhymes, but these have been on the grounds of criminal offences committed in the US, not on the basis of lyrical content.

Tyler, The Creator, whose real name is Tyler Gregory Okonma, has been accused of homophobia and sexism in his lyrics in the past. Earlier in 2015, he cancelled an Australian tour following protests from a feminist group called Collective Shout.