Filmmaker Tyler Perry Has Broken His Silence Following The Death Of Family Friend Bobbi Kristina Brown, But Was At A Loss For Words To Describe His Grief. 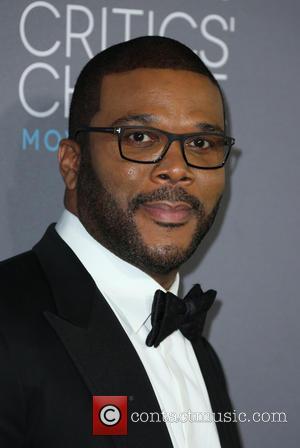 The 22-year-old daughter of late Whitney Houston and Bobby Brown was taken off life support at Peachtree Christian Hospice in Duluth, Georgia on Sunday (26Jul15), nearly six months after she was found face down and unresponsive in a bath tub at the Roswell, Georgia home she shared with her partner, Nick Gordon.

Perry has been a close friends with the Houston-Brown family over the years, and visited Bobbi Kristina in hospital in February (15). The filmmaker even gave Bobby Brown access to his private jet so he could fly to see his daughter.

Perry opened up for the first time following Bobbi Kristina's devastating death, but could barely share his emotions with his Twitter.com followers.

Perry last posted on social media on 17 July (15), when he urged the public to show "respect" to the ailing aspiring actress as she continued to cling to life.

He wrote on Facebook.com, ""This morning I woke up with Whitney on my mind. I couldn't help but think about all that she must have dreamed for her child. I know this was not her dream... And as difficult as this time is for the people that love both Whitney and Krissi, what makes it more egregious is the blatant disrespect, lies, and ignorance that are rapidly printed in this awful time.

"It makes me sad to know that everybody wants to be the first to report something awful. So much so, that they find it OK to speak death onto those who are still alive. May I ask you all to please show some decency and respect? Not only to Krissi's family, but also to the other families that are there in this place."