Perry Recruits Jackson And Carey For Shange's For Colored Girls 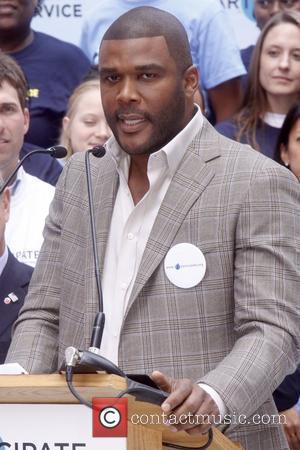 Director Tyler Perry has landed some big names for his next movie FOR COLORED GIRLS WHO HAVE CONSIDERED SUICIDE WHEN THE RAINBOW IS ENUF - he's reportedly signed up superstars Janet Jackson and Mariah Carey.
The Madea Goes to Jail filmmaker took on the challenge of adapting Ntozake Shange's controversial 1975 play for the big screen last September (09) after Whoopi Goldberg's planned Broadway revival fell victim to a lack of investors.
But Perry is forging ahead with the movie version of the play and will reunite with Jackson, who stars in his new movie Why Did I Get Married Too?, and Carey, who won critical acclaim for her role in Precious: Based on the Novel Push by Sapphire.
He has also landed Goldberg for his project, in addition to The Last King of Scotland star Kerry Washington and singer MACy Gray, according to bvonmovies.com.
Production is expected to begin in New York in June (10) and released next year (11).