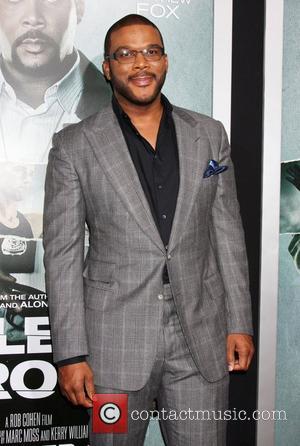 The first few reviews of 'Alex Cross' are in, and it's not making pleasant reading for director Rob Cohen and his assembled cast and crew. The film's stars Tyler Perry, Matthew Fox and Edwards Burns are all fully on the promotional campaign for the film, which comes out on November 30, 2012, but they might have a bit work to do to sway the critics if the opening conclusions are anything to go by.

The Hollywood Reporter rant "You almost feel sorry for Tyler Perry, stepping out of his own universe for the first time to try to expand his range and finding himself in something as thoroughly dismal as Alex Cross". Variety are slightly kinder, but still come down on the negative side, writing "The director acquits himself on the action front, but makes the simple procedural elements feel wooden and melodramatic, particularly in sappy home-life scenes."

Screen International are another unimpressed with Perry's attempt to step away from his hugely popular drag character Madea Simmons. "While Tyler Perry no doubt envisions "Alex Cross" as his opportunity to branch out, the actors around him rightly regard this pedestrian effort as just another gig" they write. With the film still over a month away there is the chance it could claw back some acclaim, but two bad reviews from the usually reliably Hollywood Reporter and Variety are bad news indeed.