Tyler James was amazed by his friend Amy Winehouse's voice before her ever met her in person. 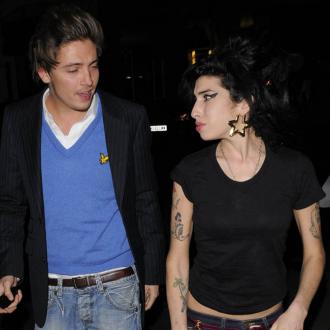 Tyler James was blown away by Amy Winehouse's singing before they met.

The pop star - who shot to fame on 'The Voice' - had a close friendship with the late soul icon which began when they both attended the Sylvia Young Theatre School in London.

But Tyler was first wowed by a then-13-year-old Amy when he heard her sing on a recording his vocal teacher played to him before they ever met in person.

He exclusively told BANG Showbiz: ''Basically my singing teacher was putting a tape together for his grandmother's birthday and he picked four people from the school to sing happy birthday and recorded it.

''When we did meet we literally just hit it off straight away and became friends. We first heard each other sing before we even met each other in this room.''

The 30-year-old artist - who briefly dated Amy and remained close friends with her until her death in July 2011 at the age of just 27 - was responsible for introducing the 'Back to Black' hitmaker to her first manager Simon Fuller in 2002.

Tyler played a selection of Amy's tracks to Simon - who launched the career of the Spice Girls - who was so impressed he signed her to his company 19 Management.

The 'Higher Love' singer explained: ''Obviously we became friends and when Amy got kicked out of school we use to see each other every weekend and then - when I was already into music and stuff - I was managed by Simon Fuller. I begged Amy to make a tape and I played it to Simon and the rest is history!''