The 16 year old is rumoured to have landed the lead role in the DC Comics adaptation 'Static Shock'.

His father has recently been cast as ‘Deadshot’ in the upcoming Warner Bros project Suicide Squad, and now it looks as if Jaden Smith is set to follow in his footsteps by landing a DC comic books adapation of his own. The 16 year old is rumoured to have been cast as the lead in the forthcoming flick Static Shock, though this has not yet been confirmed.

Actor Tyler James Williams let the rumour slip in a video interview with the blog ‘Flicks and the City’ on YouTube. “There aren’t many young black comic book superheroes,” Williams said when talking about the demographic make-up of blockbuster movies, and added, “it’s great to seeStatic Shock is happening with Jaden.” 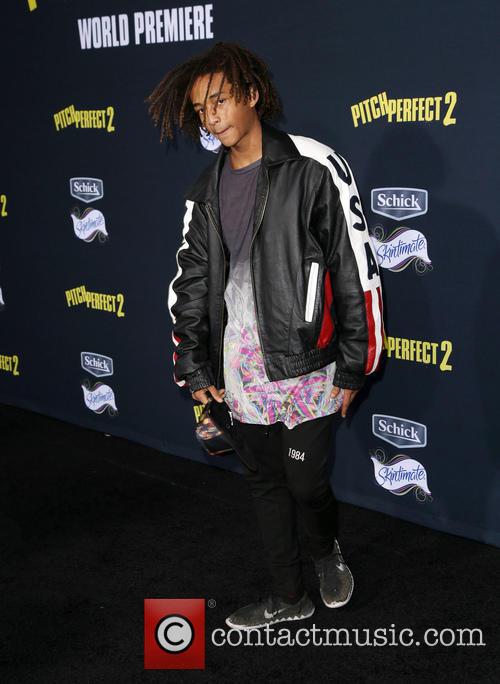 Is Jaden Smith to star in Warner Bros.' 'Static Shock'?

Watch the hilarious teaser below

‘Dear White People’ is a comedy first, but the Sundance debutant is packed modern observations and contemporary experiences of racism tension. This isn’t a hard hitting drama about the civil rights movement or America’s deep south during slavery. The characters are Ivy League, educated and bored of accepted racism. Tyler James Williams (Everybody Hates Chris), Tessa Thompson (For Colored Girls), Teyonah Parris (Mad Men) and Brandon Bell (Hollywood Heights) are four college students at a fictional campus. And while the school may be made up, the attitudes of its white population aren’t: a riot breaks out over a popular “African American” themed party thrown by white students. These things actually happen.

At the highly regarded college of Winchester University, racial tension is at an all time high. While a group of white students are planning to throw their traditional African-American themed party, many black students are firmly protesting. Meanwhile, the mixed race Samantha White is enjoying popularity as the host of her 'Dear White People' themed radio show, which aims to combat existing stereotypes at the college, but disaster strikes for her when the all-black residential hall faces eradication in order to further diversify students. However, it seems a reality show is keen to document her story - but that means her college peer Coco Conners is looking at rejection for her own pitch. Lionel Higgins joins the newspaper team to help ease some of the tension, but it seems not all black students are clued up on their own cultures.