Rocker/actor Tyler Hilton found love playing the school bully in new movie CHARLIE BARTLETT. The star, who played Elvis Presley in Johnny Cash biopic Walk The Line, was filming a romantic scene with actress Megan Park on day one of the shoot - and they fell in love for real. Director Jon Poll tells WENN, "Tyler is one of the sweetest guys on earth with this great smile. We scheduled the love scene for the first day of shooting, so he was meeting Megan that day for the first time. "Gustin Nash, the writer, knew about their romance right away. I didn't know about it until the very end of shooting. And they are still together. "What was ironic was there was another character that was going to get to take out Whitney, the cheerleader - played by Megan - but, during two weeks of rehearsal, I kind of fell in love with Tyler. "I thought it would be a missed opportunity to not have Tyler Hilton be the guy who takes out the cheerleader. "I called Megan three days before shooting and she thought I was cutting her out of the movie but I was just telling her Tyler Hilton would be the guy who takes her out." 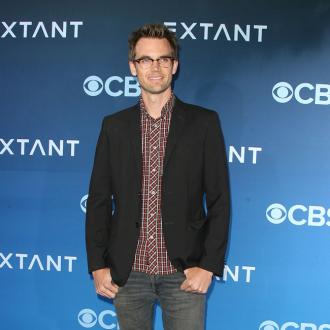