A second landlord is suing Tyga after the rapper allegedly failed to pay his rent. 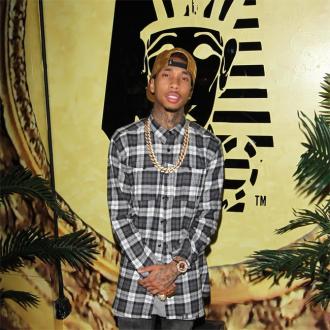 Tyga is being sued for not paying his rent.

The 25-year-old rapper - who is dating Kylie Jenner - is the subject of a lawsuit front his landlord after failing to pay two months rent on his house in the upmarket Calabasas area of California, with the amount totalling $50,000.

Tyga's ex-girlfriend, Black Chyna - the mother of his two-year-old son King Cairo - is also listed as a defendant.

The case comes a month after Tyga was ordered to pay a second landlord $80,000 in back rent.

The 'Rack City' hitmaker was in arrears to the owner of his former Calabasas, California, home and was warned in a court hearing that he had to pay up by June 29.

If he missed the deadline, he would have had to pay the full amount owed, which came to $124,000 when interest on the late payments was taken into account.

Also last month, Tyga was reportedly involved in a fight outside Envogue Genève in Geneva, Switzerland after he allegedly upset the club's owner, which ended up in a bust-up after his performance there.

Tyga is believed to have showed up late for his set before only performing for 10 minutes when he was meant to be on stage for an hour.

The bust-up is believed to have happened when he and Kylie left the club at 4AM and were followed out the nightclub by a member of staff.

In a series of tweets, Tyga ranted about the situation.

He wrote: ''My Switzerland fans know whenever I show up I perform. I appreciate everybody that came out yesterday. Sum Club owners just think they own u just Kuz they pay u to come to they lil club for a hr ... I ain't nobody slave. Don't harrass me and my people when we tryna chill n s***.

''Every since I came in the game in 2008 people tried to tarnish my brand.mislead who I am. I just wanna make music and be creative and be a dope ass n****. Can't nothing stop what's planned. They can hate me but God gon show me love forever (sic).''