Tyga Handcuffed And Detained By LAPD During Music Video Shoot

The 24 year-old rap star was surrounded by police officers and cited during his video shoot for 'Make It Work.'

Onlookers may have thought the swarm of police officers at rap star Tyga's recent music video shoot were part of the act, but the Los Angeles Police Department were all business when they handcuffed the 24 year-old. 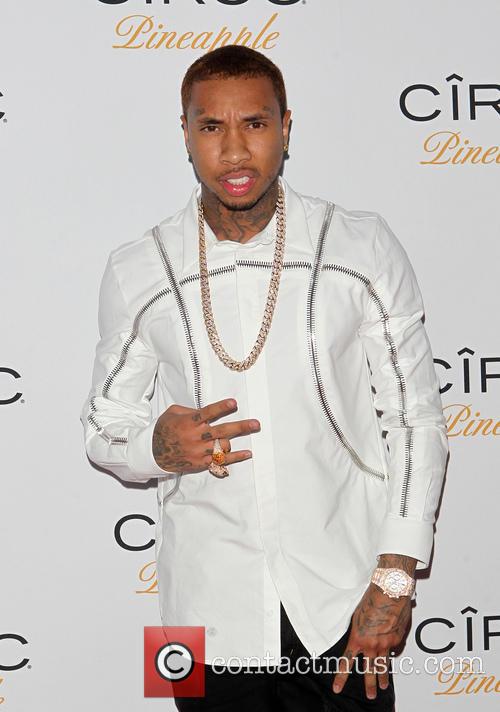 Tyga was handcuffed during his video shoot for 'Make It Work'

During his video shoot for 'Make It Work,' in South Central L.A. on Monday (Nov 10th), Tyga was pulled over in a Rolls-Royce for reckless driving, and handcuffed against a fence, but did not get arrested. However, his bodyguard was arrested for possession of a gun that was not registered in California, TMZ reports.

A spokesperson named Kim for the LAPD told Us Weekly, "They were shooting a rap video in the area of 76th and Kansas. LAPD air unit observed a vehicle drive away from that location and observed the vehicle driving recklessly. Los Angeles Police School Police officers conducted a traffic stop at Hoover and Florence where the driver was cited and released, for a traffic violation and the body guard was detained for further investigation for an unknown charge."

Due to his brush with the law, Tyga missed a scheduled appearance at a live stream with Chris Brown and Trey Songz to announce the Between the Sheets tour later that afternoon, but the two R&B stars still went ahead with their performance and answered fan questions.