A warrant was issued for Tyga’s arrest on Tuesday (August 9) after he failed to show up in court for a deposition.

A warrant issued for the arrest of Kylie Jenner’s boyfriend Tyga has been rescinded after he settled his dispute with a former landlord. The warrant was issued for the rapper earlier this week and was reported to be over a dispute involving unpaid rent, with the landlord claiming Tyga owed him around $480,000. 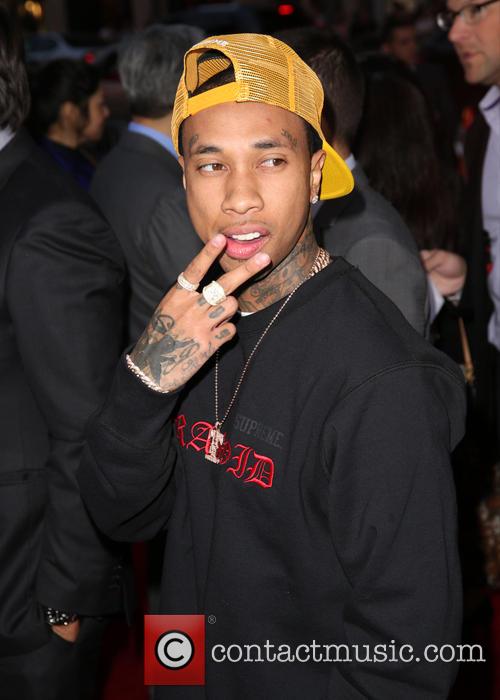 Tyga’s arrest warrant has been rescinded

The landlord was said to have gone to court after finding out Tyga had bought his girlfriend a $200,000 Maybach for her 19th birthday. But now according to US Weekly the dispute has been settled and there is no longer a warrant out for the rapper.

More: Judge Issues Arrest Warrant For Tyga After He Fails To Appear In Court

“The case got settled. Tyga paid,” the property owner’s lawyer told US Weekly. “It’s been executed and everything has been performed. We expect things to get back to the way they were. We will inform the court that the settlement has been reached and that all parties are satisfied.”

With his legal problems seemingly over, Tyga is now enjoying celebrating Kylie’s 19th birthday with her in Turks and Caicos. The love-up couple have been spotted frocking on the beach along with Kylie’s sister Kendall and her friend Bella Hadid.

But Tyga might not get a warm welcome home once the birthday celebrations are over. US Weekly also reports that Kylie’s mom Kris Jenner is not happy about his recent legal woes and is worried about how they may impact Kylie.

"Kris is worried about Tyga’s warrant and legal problems,” a source told the magazine. “It’s because Kylie spends 24/7 with Tyga and she would be associated with that arrest, should he be arrested as a result of this warrant.”