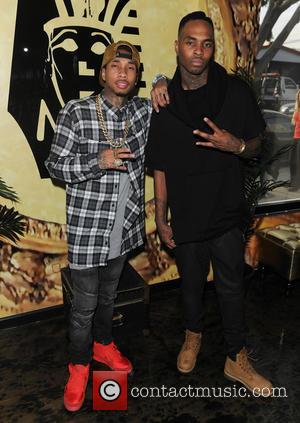 The Rack City hitmaker has been photographed out and about with the 17 year old on numerous occasions following his split from his model fiancee Blac Chyna in August (14), prompting speculation they are a new couple.

However, Tyga is adamant there is nothing romantic about his liaisons with Jenner.

Asked if he and the model are dating, he tells Vibe magazine, "Kylie? Nah. See the thing about Kylie... I've known Kylie and the whole family for four years. I introduced Chyna to Kim about a year ago. So everybody's been cool, but like it's just so hard, their world is different.

The denial comes a week after Tyga appeared to have reconciled with Blac Chyna, the mother of his young son King Cairo, after she posted an intimate snap of the former couple in bed. The photo was later deleted.