After news stories came out that Tyga had had his Ferrari repossessed, Kylie surprised him with a brand new supercar.

Hours after reports came out that Kylie Jenner’s rapper boyfriend Tyga had had his car towed, the reality TV star has surprised him by buying him a brand new Bentley.

On Wednesday (August 31st), TMZ initially reported that Tyga’s bright red Ferrari had been repossessed because he hadn’t been keeping up with lease payments, and that he and Kylie had visited a Bentley dealership in California the same day.

It turns out that 19 year old Jenner splashed out on the white Bentley after seemingly having the Ferrari towed herself as part of the surprise – something which was nearly spoiled by the tabloid stories!

“So fake stories came out today,” she said on Snapchat while showing off the sparkling white Bentley. “The blogs almost ruined it and said me and T were at the Bentley dealership when really it was only me.”

Revealed in a series of Snapchats posted to Instagram, the 26 year old rapper is pretty dumbstruck by the surprise. “I’m speechless right now,” he says, performing a little jig of delight before kissing Kylie. 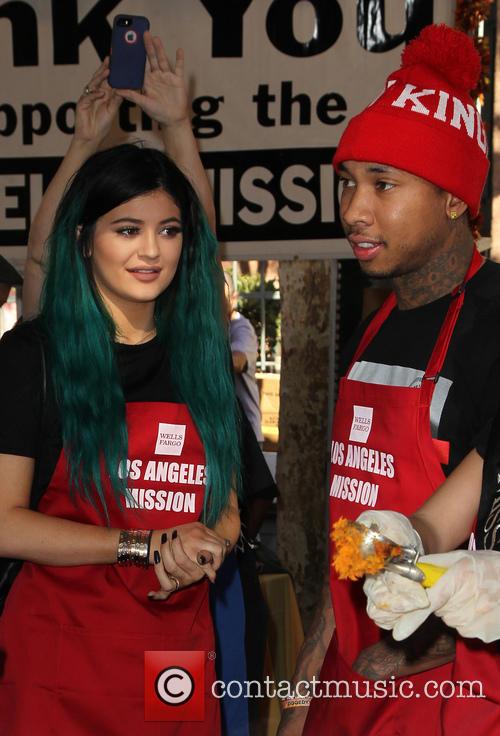 It seems she’s repaying Tyga’s kindness in the same way, after he had bought her a brand new white Ferrari 482 Italia for her 19th birthday back on August 10th – even decking the $320,000 vehicle like a present by tying a huge bow around it.

Neither Kylie nor Tyga actually addressed the whereabouts of his old car, though Tyga Snapchatted his own picture of his new ride, writing: “When ur lil baby cops u the Bentley truck and hides your Ferrari… Guess I can't be mad.”