Check out the fun-filled trailer below.

It’s not easy being the world's smartest and most brilliant dog. In fact, it’s pretty darn difficult. Mr. Peabody is taking his endless adventure pallet onto the big screen, with a time-travelling yarn through ancient Greece and Egypt.

Mr Peabody urged Sherman not to use the WABAC

Ol’ Peabody would probably just be sitting around playing scrabble with young Sherman now, if the scamp didn’t have designs on impressing the equally yong but more mischievous Penny Peabody.

Of course, a trip in Mr Peabody’s ingenious WABAC (pronounced “way back) is what she wants to do, and a smitten Sherman obviously obliges. The troublesome twosome manage to rewrite the annals of history: Sherman loses Penny in ancient Egypt, Penny gets engaged to King Tiyi and they run out of gas in ancient Troy.

Reports suggested that Iron Man’s Robert Downey Jr. was to voice the part of Peabody, but Burrell replaced him in March 2012. The film, which is produced by Alex Schwarz and Denise Cascino, and written by Craig Wright, has been subject to many delays and initially set for release in October/November 2013.

“Using his most ingenious invention, the WABAC machine, Mr. Peabody and his adopted boy Sherman (Max Charles) hurtle back in time to experience world-changing events first-hand and interact with some of the greatest characters of all time.”

Mr. Peabody appeared in the late 1950s and early 1960s television animated series Rocky and His Friends and The Bullwinkle Show. The character has enjoyed cameos on other animated shows like The Simpsons and Family Guy. These two are set for another big adventure - their biggest yet! But will it be worth it? 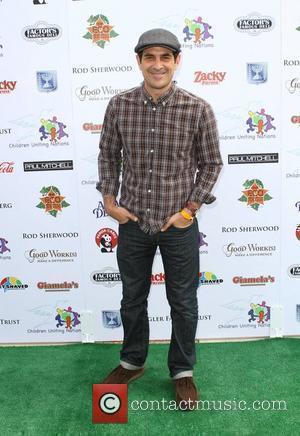