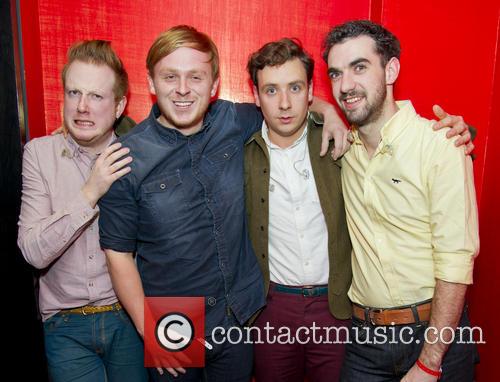 After a 2012 that saw them hit major chart success in both the UK and the US, Northern Ireland's Two Door Cinema Club sought to start their 2013 with an intimate show at the Baroque Mayfair in London, watched on by a smattering of guests including current flavor of the month Alt-J's Gus Unger-Hamilton and MTV Europe presenter Laura Whitmore. 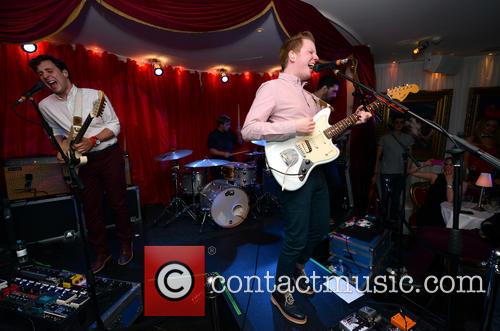 This was a far cry from playing the Olympics, but Two Door Cinema Club seemed delighted to be there

Long-tipped to break it in the UK, after 2010's debut album Tourist History managed to make it to number 16 on the Top 40, what really surprised the group in 2012 wasn't the further success natively - with Beacon hitting second spot - it was the number 17 charting on the US Billboard charts for the album, cementing them as one of the groups to watch over the coming year globally. The group have a spring of touring ahead of them

The show acted as an intimate warm-up for the group ahead of a long stretch of touring. They're calling in around the UK for good month or two before heading across to cover Europe, jumping on the plane to South America and including a few shows in the US, before heading back to mainland Europe and the UK. Truly, if last year was all about the studio success, it's on the road they're planning to earn it in 2013.

Check out the rest of the gallery here.