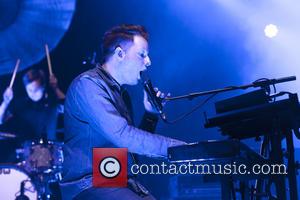 The Northern Irish band's promo for upcoming single Handshake has shocked fans with scenes of decapitation.

The video aired on U.K. Tv on Tuesday night (23Apr13), but it has since been removed from Mtv's broadcasting playlist.

Speaking about the ban, bassist Kevin Baird says, "(It's) great. We've never had anything banned before!"