We are getting to that point where bands are starting to show who are looking to breakthrough in the new decade. Two Door Cinema are wasting no time and look set to leave the rest behind. The new album is already out and now it is time for a release of a follow up Single. 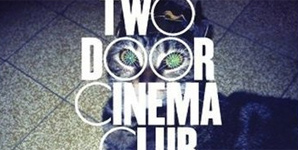 'Undercover' is a wave of addictive pop that passes through your veins and brings a glimmer of sunshine into your day. In that two minutes forty nine seconds you can chill, nod your head like a lunatic or just smile to yourself while like Paul McKenna, Alex Trimble's vocals mesmerise you.

This trio could be an interesting prospect and we will look excitedly at their progress in the year of 2010, they've released the material, now it's time to see them back it up with some live shows and maybe some festival appearances?