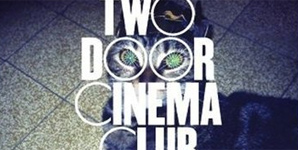 It's easy to imagine that one of the biggest issues Two Door Cinema Club is going to face in the future is being pigeonholed as 'just another indie band'. But before you make that judgment, you'd be wise to give them a listen or two.

Named on the longlist of the BBC's Sound of 2010, but failing to make the top five, Two Door Cinema Club's debut album 'Tourist History' has some genuinely catchy tracks and deliver them with such enthusiasm that it's difficult not to highly rate their potential.

'Cigarettes In the Theatre' passes in a blur to be honest, mainly because it sets the tone of the rest of album with short (rarely over three minutes) tracks. 'Come Back Home' sounds similar to tracks other bands have recorded, but is snappy enough that it quickly becomes likeable.

'Do You Want It All?' starts off more slowly - and noticeably quieter - than the tracks that go before it; lead singer Alex Trimble uses his ability to deliver vocals at a higher pitch with great effect in the repetitive chorus. This is a track to suit indie-pop fans and is bound to keep them happy on their traditional Friday club night.

Both 'This Is The Life' and 'Something Good Can Work' showcase the band's enthusiasm for what they are doing and it's easy to imagine that this is effortlessly translated to their live performances. 'Something Good Can Work' and 'I Can Talk' both released as singles in 2009, continue in a similar direction as those before that go before; accomplished and collected, making Two Door Cinema Club anything other than just another guitar-led indie trio.

On this showing, the beauty of Two Door Cinema Club is they don't pretend to be offering something new; instead they are supplying some uplifting and feelgood songs that the right crowd can dance to. And in a time when too many bands take themselves too seriously, this should be warmly welcomed.

Having only formed in 2007, the band ooze confidence in both their musical ability and their songs; 'Undercover Martyn' for instance rapidly shifts between charming verses, with Trimble's of "to the basement, people!" interspersed throughout. This wouldn't work for many bands, but it works well without the band seemingly having to put much effort in.

'Eat That Up, It's Good for You' helps to bump up electronica element of the album and in doing so is conclusive proof that these lads can play their instruments.

For a debut Two Door Cinema Club has achieved what many similar bands consistently fail at; producing an entire collection of songs that will speak to a particular crowd instantly. They more than deserve the following they have collected over recent months and should hold on to the obvious love of music they show here. Ok, so they won't change the direction of indie-pop, but they sure as hell will make you smile. 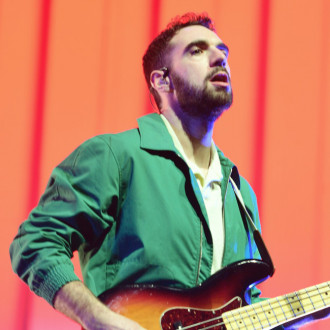