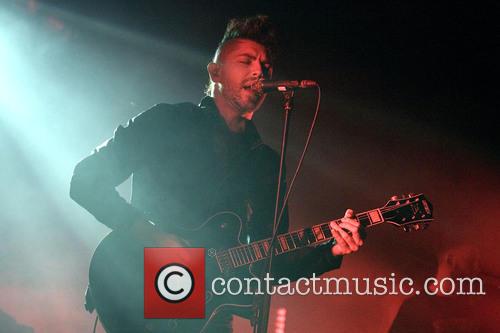 By Carla Washbourne in Music Reviews on 09 September 2016

There is already a lot of excitement brewing around the latest offering from Twin Atlantic, which is always an interesting place from which to start a review. Over the not-so-distant past and from relatively obscure pop-punk roots, the Glaswegian collective have seen a swift climb through the music charts. Off the back of the considerable commercial success of their previous album, 2014's 'Great Divide', 'GLA' is a confident follow-up, which sees no slackening in volume or pace for the band, but an increasingly self-conscious nod to populist stadium-rock sensibilities.

Opening track, the inexplicably named 'Gold Elephant: Cherry Aligator', is a forceful takeoff to a ride that spirals and dips many times throughout its course. Things pick up again on 'Valhalla', a screeching, pulsating, fist-pumping affair. Mixing with inimitable vocals from Sam McTrusty, Twin Atlantic's 'magic formula' of loud, loud, loud is much in evidence on 'GLA'. The band retain their skill for writing and throwing out a very catchy hook, however by the halfway point the relentless pace of the album leaves you feeling the need for a little time out. For those moments there are ballads of sorts here in the mix, with 'A Scar to Hide' presenting one of the major changes in pace.

This album set out to showcase the collective scars acquired over the bands history, as well as crystallizing their feelings around hometown of Glasgow, a city McTrusty describes as 'a city at the forefront of multiculturalism, both forward thinking and with a real sense of community, but also with a dark and rough history'. This energy, hope and darkness are all in evidence here. While they might not be winning any genre-defining prizes for their accomplished, polished rock and the notable yet ambiguous wisdom of their lyrical content, Twin Atlantic are a driving and compelling band with seemingly genuine heart and soul behind what they do.

Twin Atlantic are a Scottish rock band whose previous releases, 2009’s mini-album ‘Vivarium’ and 2011’s full length ‘Free’, have been pretty powerful. They are now back with their new single ‘Heart And Soul’, their first new material since ‘Free’ and taken from their upcoming album ‘Great Divide’ due out on August 18th 2014. Is it worth the wait? Not really. 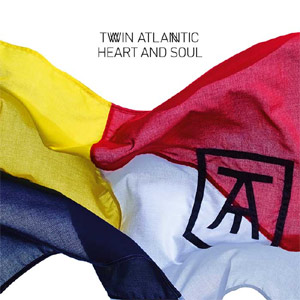 What’s evident is that Twin Atlantic are trying something new. Old Twin Atlantic had squealing and energetic guitars, like a poppier Mogwai, put alongside huge, supremely memorable choruses with frontman Sam McTrusty’s soaring Scottish vocals coming straight from the heart. On this song, the guitars employ more of a laid back blues vibe that makes The Black Keys spring to mind. It doesn’t suit them too well. The riff doesn’t pack as much punch as you’d like it to, and it sounds more like something from a GAP advert than something you’d want to dance to.

As for the chorus, it just doesn’t exert the same level of passion that they’ve previously displayed. Listen to an older song like ‘You’re Turning Into John Wayne’ or ‘Edit Me’ that both scream vigour and dynamism. Compared to those songs, ‘Heart And Soul’ just isn’t as gripping, with incredibly bland and unimaginative lyrics like ‘Open up your heart and your soul, take my love and never grow old’, that feel like they were written for the purpose of the melody as opposed to actually having any meaning.

2012 could be the Twin Atlantic's biggest year to date. The Scottish four piece has support slots with Blink 182 on their UK tour plus dates in the US supporting Incubus. Not to mention the recently announced slots at the Reading Festival and T in the Park. 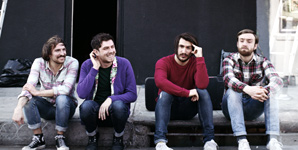 By Andrew Lockwood in Music Reviews on 26 April 2011

I am not normally prone to generalisations, sweeping statements or for that matter using widely accepted, although sometimes hurtful and ill considered, national and social stereotypes, especially for meagre comic effect. However, I am afraid that the new album from Scottish rockers Twin Atlantic has had me biting down harder than when Chandler saw Ross in his leather pants but was under a strict vow of "no mockery". "Is there nothing in this area that anyone wants to talk about?" "The pants the pants."

'Free' is the debut full length album from the Tartan Army's newest exponents of copy-cat Americanised rock with a capital K for Kerrang. If you like your pint of heavy washed down to the sound of The Proclaimers doing Foo Fighters covers with enough umphhh and gusto to fill Hampden Park three times over then go get your Irn Bru and deep fat fried battered Mars Bar for a top night in! Produced by "the legendary Gil Norton" may have some salivating before the haggis entree but the sometime producer of the cliche ridden state side latter day equivalents of Status Quo, namely The Foo Fighters, is not exactly pushing creative boundaries. His broad brush strokes and BIG sound may fill stadiums with red neck, hillbilly, Dodge driving, lumberjack shirt wearing, Bud quaffing middle America but does that make it acceptable in the tenements or at T in the park? The answer is probably, and sadly, yes. 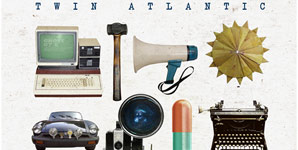 By Sam Marland in Music Reviews on 14 September 2009 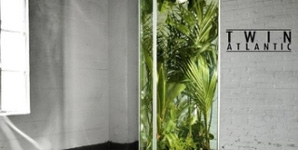