TV On The Radio Interpol

TV On The Radio bass player Gerard Smith died yesterday (20th April 2011) after suffering from lung cancer, reports the Bbc. Tv On The Radio made the illness public five weeks ago after they had finished recording their new album 'Nine Types of Light', which was released last week.
When news of the illness was first announced, the band confirmed that Smith had health insurance, great medical care and had already seen "dramatic results". However, a message posted on the band's website yesterday read, "We are very sad to announce the death of our beloved friend and bandmate, Gerard Smith, following a courageous fight against lung cancer. We will miss him terribly". Smith joined the American art rock band in 2005 and had previously contributed to the well-received albums 'Return to Cookie Mountain' and 'Dear Science'. He was unable to join the group on tour to promote their latest record and the band have now cancelled five US gigs between 20-26 April 2011. Tributes to the late bassist have already begun pouring in, with the band Interpol tweeting, "Rest In Peace Gerard Smith. An incredible musician and one of the sweetest people. My thoughts are with his family, friends and Tvotr.-Dk".
Tv On The Radio hail from Brooklyn, New York, and have released several EP's and four critically acclaimed studio albums. The band's music spans across numerous genres, from post-punk, to soul music, electro and jazz. 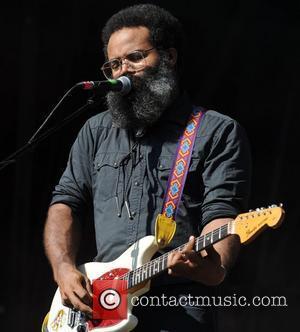