Development On The Tupac Shakur Biopic Has Been Marred By A Legal Battle Between Two Production Companies. 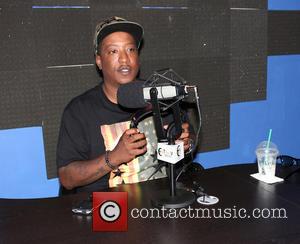 A film about the late rapper was originally due to start shooting in 2011, but it was repeatedly delayed due to a court fight between Shakur's mother Afeni and production company Morgan Creek.

Boyz n the Hood director John Singleton left the project because he felt "the people involved aren't really respectful of (Shakur's) legacy" and he was replaced by Carl Franklin, but the shoot has now been hit by a further legal obstacle.

Producers Randall Emmett and George Furla, who revived the project when they came onboard in 2013, filed a lawsuit at Los Angeles Superior Court on Wednesday (28Oct15) against Morgan Creek bosses, claiming they cast an actor as Shakur without permission, and changed the production budget and schedule without consultation.

They want $10 million ($6.3 million) in damages for breach of contract, breach of the implied covenant and breach of fiduciary duty.

Morgan Creek spokesman Greg Mielcarz denied an actor had been cast, and told The Hollywood Reporter, "It's sad that they are resorting to these kinds of tactics."

The biopic is slated to start filming in December (15).

Shakur was killed in a drive-by shooting in Las Vegas in 1996.